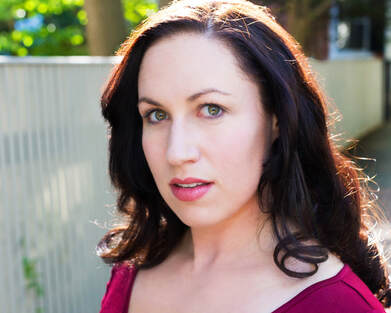 Arielle is a Boston area actor, singer, choreographer, and violence designer with credits all over Massachusetts and New Hampshire.
After graduating from Brandeis University with a degree in theatre arts and concentrations in acting and movement, Arielle worked for two years as the resident choreographer for Manchester Community Theatre Players and as an actor in the professional arm of the company, Second Stage. After returning to the Boston area, she joined the cast of Cry Innocent: The People vs. Bridget Bishop  in both the title role and as a swing.  She also portrays Elizabeth Oliver on The Freedom Trail in Boston.

As a violence designer, Arielle first trained with Robert Walsh at Brandeis. Her fight work includes unarmed, smallsword, staff, dagger, and firearm scenes. Arielle's more recent fight credits are from companies such as Company One, MCTP , and Amherst PTA.

Arielle co-founded the Salem, MA theatre company, The Upstart Crows. Their first show, Love's Labour's Lost, was a smashing success for public arts in Salem. In addition to LLL, The Crows produced a new translation of Punishment Without Revenge and The Winter's Tale.

At this time, Arielle is undertaking one of her largest projects to date: a retelling of the story of Queen Anne Boleyn through her original show, The Most Happy. She is also sewing the period accurate garments and will be playing the role. Pre-COVID, she was poised to take on the title role in Miriam with MCTP, a project she hopes to continue after the crisis.

On film, Arielle  worked with Malarkey Films on the award winning "Love Hurts" from the 2013 Boston 48-Hour Film Festival  as actor and combatant, Lady Jayne. She had a featured role in both Stab 5 and Stab 6 as Veronica Clark, and danced with Macklemore in the ESPN College Game Day commercial for 2013.  Visit Arielle on IMDB.com here: http://www.imdb.com/name/nm5139019/?ref_=fn_al_nm_1.
Powered by